The couples who come with infertility complaint have their first meeting with the gynecologist in a comfortable environment.

In this meeting, information about the infertility duration, previous tests and treatments, and previous pregnancies, if there is any, are obtained. Menstrual cycle irregularity, previous diseases and surgical operations are investigated. Ovaries and uterus are examined with ultrasonography. The problems observed are recorded and the treatment is planned according to them.

Obesity in women may cause irregular menstrual cycles and ovulation problems. If there are problems such as pain during the intercourse, hair-growing in the body, having breast secreting milk, diabetes, and thyroid gland problems, they are also recorded in the patient’s file. These conditions are the symptoms of some diseases and they are guiding in the treatment.

The rate of pregnancy decreases in females who smoke and also the rate of miscarriage increases. Therefore, they must quit smoking. The relationship between alcohol consumption and infertility is not certain. However, couples planning to conceive must reduce the alcohol consumption or quit it since alcohol has harmful effects in pregnancy. 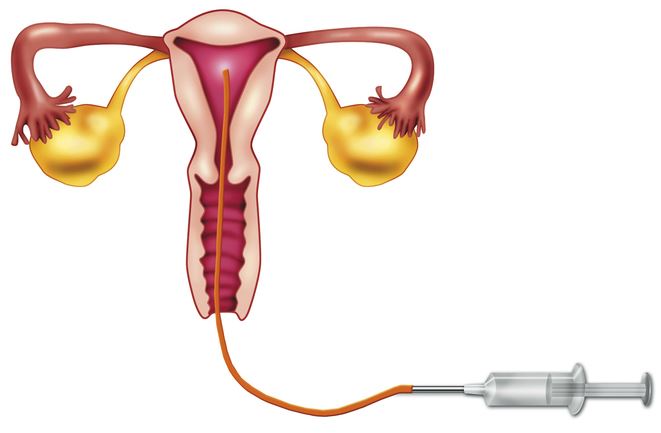 An evaluation of a woman for infertility is appropriate for women who have not become pregnant after having 12 months of regular, unprotected intercourse. Being evaluated earlier is appropriate after six months for women who are older than age 35 or who have one of the following in their medical history or physical examination:

Any evaluation for infertility should be done in a focused and costeffective way to find all relevant factors, and should include the male as well as female partners. The least invasive methods that can detect the most common causes of infertility should be done first. The speed and extent of evaluation should take into account the couple’s preferences, the woman’s age, the duration of infertility, and unique features of the medical history and physical examination.

The following tests may be recommended as part of your infertility evaluation:

Hysterosalpingogram (HSG): This is an X-ray procedure to see if the fallopian tubes are open and to if the shape of the uterine cavity is normal. A catheter is inserted into the opening of the cervix through the vagina. A liquid containing iodine (contrast) is injected through the catheter. The contrast fills the uterus and enters the tubes, outlining the length of the tubes, and spills out their ends if they are open.

Transvaginal Ultrasonography: An ultrasound probe placed in the vagina allows the clinician to check the uterus and ovaries for abnormalities such as fibroids and ovarian cysts.

Ovarian Reserve Testing: When attempting to test for a woman’s ovarian reserve, the clinician is trying to predict whether she can produce an egg or eggs of good quality and how well her ovaries are responding to the hormonal signals from her brain. The most common test to evaluate ovarian reserve is a blood test for folliclestimulating hormone (FSH) drawn on cycle day 3. In addition to the FSH level, your physician may recommend other blood tests, such as estradiol, antimüllerian hormone (AMH), and/or inhibin-B, as well as a transvaginal ultrasound to do an antral follicle count (the number of follicles or egg sacs seen during the early part of a menstrual cycle). Ovarian reserve testing is more important for women who have a higher risk of reduced ovarian reserve, such as women who:

Other Blood Tests: Thyroid-stimulating hormone (TSH) and prolactin levels are useful to identify thyroid disorders and hyperprolactinemia, which may cause problems with fertility, menstrual irregularities, and repeated miscarriages. In women who are thought to have an increase in hirsutism (including hair on the face and/or down the middle of the chest or abdomen), blood tests for dehydroepiandrosterone sulfate (DHEAS), 17-α hydroxyprogesterone, and total testosterone should be considered. A blood progesterone level drawn in the second half of the menstrual cycle can help document whether ovulation has occurred.

Urinary Luteinizing Hormone (LH): Over-the-counter “ovulation predictor kits” detect the presence of LH in urine and can detect a rise in this hormone that occurs one to two days before ovulation. In contrast to blood progesterone levels, urinary LH tests can predict ovulation before it occurs. Urinary LH testing helps define the times of greatest fertility: the day of the LH surge and the following two days. However, these tests can be expensive and should only be used by women with menstrual cycles that are consistently 25-35 days in length.

Sonohysterography: This procedure uses transvaginal ultrasound after filling the uterus with saline (a salt solution). This improves detection of intrauterine problems such as endometrial polyps and fibroids compared with using transvaginal ultrasonography alone. If an abnormality is seen, a hysteroscopy is typically done. This test is often done in place of HSG.

Hysteroscopy: This is a surgical procedure in which a lighted telescope-like instrument (hysteroscope) is passed through the cervix to view the inside of the uterus. Hysteroscopy can help diagnose and treat abnormalities inside the uterine cavity such as polyps, fibroids, and adhesions (scar tissue).

Laparoscopy: This is a surgical procedure in which a lighted telescope-like instrument (laparoscope) is inserted through the wall of the abdomen into the pelvic cavity. Laparoscopy is useful to evaluate the pelvic cavity for endometriosis, pelvic adhesions, and other abnormalities. Laparoscopy is not a first line option in the evaluation of a female patient. Because of its higher costs and potential surgical risk, it may be recommended depending on the results of other testing and a woman’s history, such as pelvic pain and previous surgeries. For best results, the infertility evaluation should be individualized based on each woman’s specific circumstances. 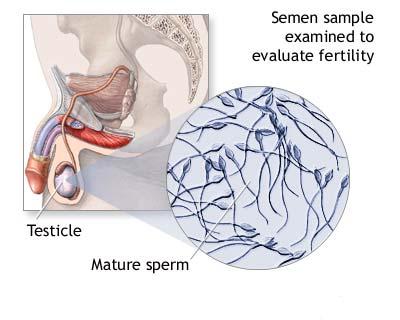 When a couple has trouble having a baby, there’s about a 50-50 chance that the man has a problem contributing to the pregnancy. He might:

If you might have a fertility problem, your doctor will want to perform a complete history and physical, as well as several tests to find out what may be causing your infertility.

The analysis can also suggest if you have an infection in your reproductive system. The semen sample has to be tested within an hour of collection, which usually takes place in the doctor’s office. You’ll probably need to make two visits to provide samples on two different days more than two weeks apart, because samples from the same man can be different at different times. Collecting two samples makes it easier to tell if something really is wrong. You may be asked not to release sperm (ejaculate) for 2 to 5 days before you provide a sample.

Important chemicals in your body, called hormones, control sperm production. They also affect your interest in sex and your ability to have sex. Too much or too little of these hormones can cause problems with sperm production or trouble having sex. Two important hormones for reproduction are follicle-stimulating hormone (FSH) and testosterone (T). Your doctor may do blood work to check to see if you have the right amount of these hormones. If indicated, your doctor may check other hormone levels, including luteinizing hormone (LH), estradiol, and prolactin.

Other testing (that may not be necessary in most men)

If the semen analysis test results aren’t normal, you may need to have more tests that can be performed by your doctor or you may be referred to a urologist. These tests will show:

If you’ve had the tests described above, but your doctor still does not know why you are having problems, additional tests may be necessary. These tests will tell your doctor:

No semen test can fully predict fertility. Other than a semen analysis, not all tests discussed are appropriate for every couple.